The Texas Tribune highlighted the growing problem posed by the growth of recapture in their piece titled “Rich Schools Hope Houston Topples Robin Hood Plan.” While property-wealthy schools might argue with that headline and ask the question if you can be considered ‘rich’ if you are forced to give all your wealth away, the article still raises some important points: 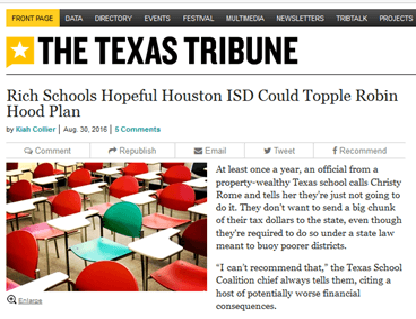